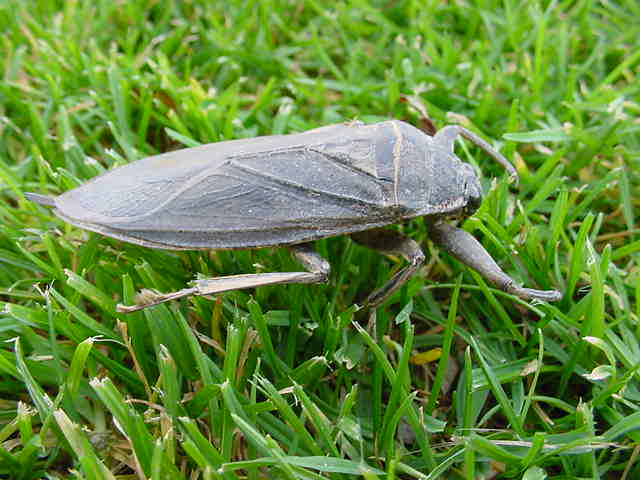 With several thousand acres of shallow water, it should come as no surprise that Goose Pond FWA is home to an abundant, varied, and highly interesting assemblage of aquatic macroinvertebrates. The prefix macro- means big enough to see without a microscope and the suffix invertebrate refers to their lack of a backbone. Hidden from the view of most visitors to GPFWA as they usually are, this group of animals is much underappreciated in terms of their highly fascinating life styles and importance in the web of marshland life.

Macroinvertebrate is a collective term for a diverse collection of insects, crustaceans, mollusks, and worms. The group includes animals such as aquatic insects (backswimmers, water boatmen, diving beetles, water bugs) and their larvae (dragonflies, mayflies, true flies), crayfish, freshwater snails, freshwater clams, flatworms, tubifex worms, and isopods. These animals are of major importance in aquatic ecosystems because they act as predators, nutrient recyclers, prey species for fish and birds, and indicators of water quality.

For this edition of Critter Corner, I would like to focus upon one macroinvertebrate that I find particularly interesting –  the giant water bug.  First, an explanation of the term bug. For the layman, the term bug connotes any type of creeping, crawling, or flying invertebrate. In this parlance, a bug could be any one of hundreds of thousands of insect species, It could be an arachnid such as a spider or scorpion or it could even be another arthropod such as a millipede or centipede. To the specialist however, the term bug means one thing. It is a member of a specific Order of insects known as the Hemiptera. Hemipterans, or true bugs, include familiar species such as stink bugs, assassin bugs, water striders and of course water bugs.

Giant water bugs are actually fairly common and, although the number of different kinds in the U.S. is not great, they are found throughout our country in the proper habitats. These include marshes, ponds, and lakes. Some species may also live in flowing water. Usually giant water bugs spend much of their time clinging vertically to submergent vegetation or hanging head downward from the water surface. In these poses, they lie in wait for prey to come within range. Giant water bugs are aggressive, voracious predators. Should their intended victim come close enough, the giant water bug will attack by suddenly grasping the prey with its raptorial forelimbs. This term refers to limbs which are powerful and armed with spines or claws to better grasp prey. Giant water bugs are large enough to eat animals such as tadpoles and fish. Voshell’s guide to freshwater invertebrates refers to a captive giant water bug that caught and ate a pickerel 3.5 inches in length; an impressive feat for an insect that is usually somewhat less than three inches in length itself. There are even reports of giant water bugs attacking baby turtles and water snakes. When necessary, giant water bugs may also pursue their prey by swimming. They use their two pairs of flattened hind limbs like oars to swim

I’ve always thought that the giant water bug would make a fine subject for a science fiction film. After all, particularly among the radiation induced mutants of the 1950’s, we’ve been terrorized by ants, tarantuals, scorpions, grasshoppers, and wasps that treated humans like items from a snack bar. Why not the giant water bug? I find their feeding habits especially gruesome. The aforementioned J. Reese Voshell, Jr. notes that, should the prey be large, the giant water bug may ride it around as it waits for its poisonous salivary enzymes to take effect. A classic description of a giant water bug attack appears in Annie Dillard’s Pilgrim at Tinker Creek. Wandering pond-side one day, she happened to espy a frog sitting at water’s edge. As she gazed down upon the frog, “he slowly crumpled and began to sag. The spirit vanished from his eyes as if snuffed. His skin emptied and drooped; his very skull seemed to collapse and settle like a kicked tent.” Dillard noted that, “an oval shadow hung in the water behind the drained frog.” The hapless frog had been attacked by a giant water bug. Paralyzed by the bug’s venomous saliva, its innards thus liquefied, the little amphibian had no chance of escape from this voracious predator. Doesn’t sound like a very pleasant way to go does it? Thankfully such an attack upon a human is only the stuff of science fiction. But be aware. These insects sometimes feign death when one picks them up. They may suddenly “come to life” and deliver a powerful and painful wallop to the hand with their beak-like, piercing mouthparts. Handle with care!

Once, while leading a field trip at GPFWA, we netted a giant water bug that looked like the one pictured here (courtesy of Wikimedia).

This is a male carrying an accumulation of eggs which the female has glued onto his back. Here the eggs are protected from predation by the ever-presence of the fierce father. He also aerates the eggs by gently stroking over them with his hind legs. Other species may glue their eggs onto underwater vegetation after which they abandon them.

Perhaps the strangest encounter I have had with giant water bugs occurred in Bangkok, Thailand many years ago. Strolling along in the grand market, I espied these young ladies plying their wares. Yes,

deep-fried giant water bugs, a delicacy in some parts of Southeast Asia. It appears that humans, at least in some parts of the world, have turned the tables on these fierce, predatory macroinvertebrates.

photo 1 by Judy Gallagher [CC BY 2.0 (https://creativecommons.org/licenses/by/2.0)], via Wikimedia Commons